29th November 2019 we are legally as husband and wife. I got surprised during that day. Morning as usual. but when Im in my office someone called said, want to deliver goods. Then I went to receptionist and got this.. 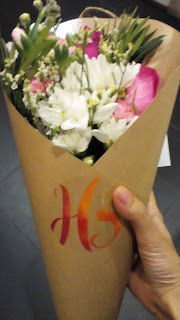 Surprise anniversary that have been planned by my husband. Yeay!. but actually little bit disappointing because previously, I already make a wish and whispered "abang, sayang teringin telekung siti khadijah".huhuhu..he supposed gave me that. I though this was the only present for the anniversary. <3 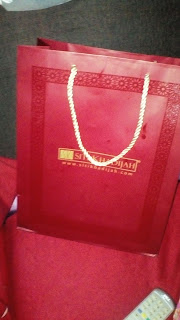 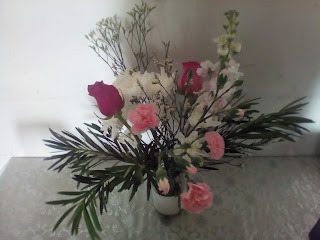 Thank you husband, happybunch, and telekung Siti Khadijah. They made my day special.

For my husband, I gave him perfume from bodyshop White Musk® Sport Eau De Toilette (no picture taken from my side) and love card. I did it by myself by taken the template from here canon website for tempate . Nice right. huhuhu. you can try it too..

Get this Recent Comments Widget